How Far is Too Far? 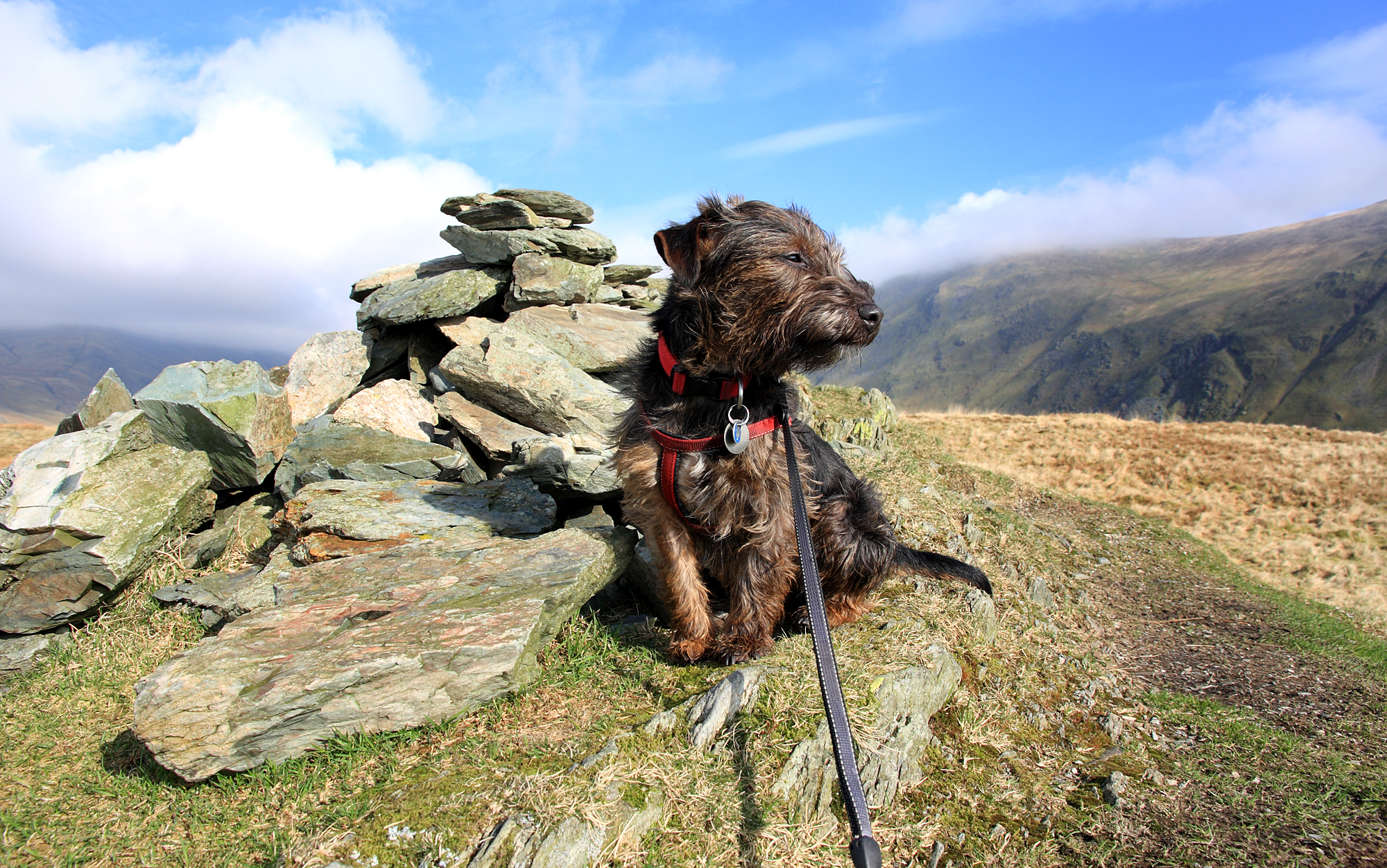 Jess enjoys a well-earned break on the hills

When I’m out on the hills with Jess, I often bump into other walkers who marvel at the stamina of such a small dog. No matter how far we’ve walked – six miles, eight miles, 10 miles – the response always seems to be similar: “Ooaaahh! Her little legs! She’s done well, hasn’t she?” I normally tell them that she was an Airedale when we set off.

Soon after first getting Jess from the animal rescue centre, we took her on a five-mile valley walk. Nothing too strenuous; fairly easy underfoot; no big climbs. The next day, she could hardly move. The promise of food was the only thing that could tempt her from her bed and, even then, she’d limp slowly to her bowl. What had we done? Had we broken the dog? Luckily, the answer was no. After a day’s rest, she was back to her normal self... back to chasing squirrels in the woods.

Over the weeks and months ahead, her strength and stamina quickly built up. Nowadays, she has no problem walking reasonably long distances – even for several days in a row.

The only time she refused point blank to walk any further was on a muggy summer’s day in the Eden Valley. After about 14 miles, she plonked herself down in the shade and gave me a 'that’s it; I’m not going any further’ look. I persuaded her to keep going, but every few hundred yards, she’d repeat this behaviour. In the end, I realised the harness she was wearing was causing her to overheat. Freed from it, she was raring to go again. (The sight of a hare in the field ahead also helped spur her on.) 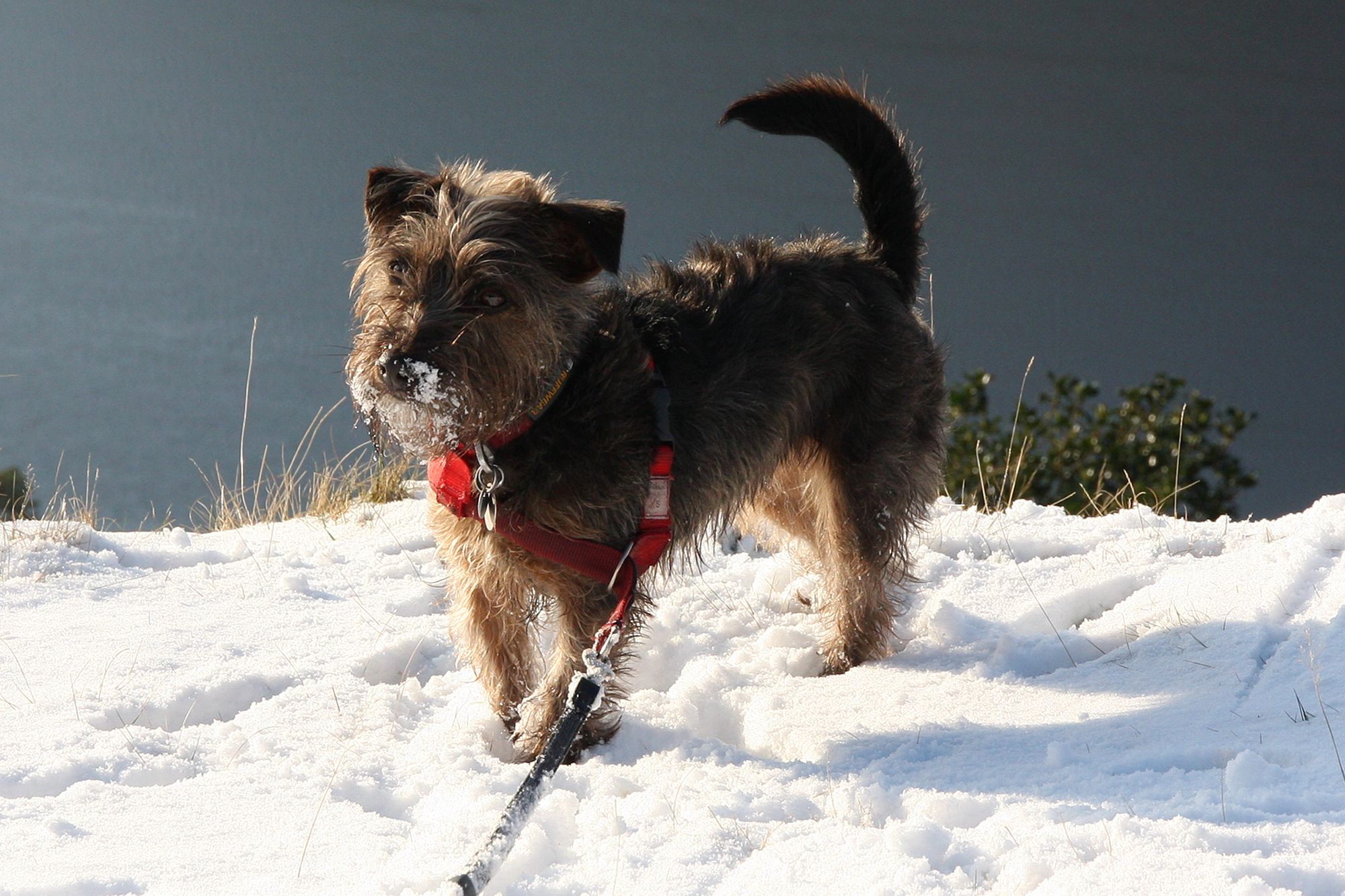 Jess in the snow

On another occasion, after a long, hard day of leaping through snowdrifts, we returned home to find her wag was broken; her normally expressive tail was limp and lifeless. It turned out to be limber tail syndrome, something more commonly associated with larger working breeds such as pointers and retrievers. Although the actual cause of the condition is unknown, it’s often brought on by swimming in cold water. “Jess” and “swimming” are two words that rarely occur together in the same sentence, so, on this occasion, we could only put it down to all that exertion in the cold, wet snow. As with any of her previous injuries though, it didn’t last long. Two days later and the sight of next door’s cat, Barney, in our back garden sent her tail into its usual ‘let-me-get-at-him’ frenzy of excitement.

So, Jess is pretty tough and resilient. But that’s not to say she doesn’t like to kick back like the rest of us. There’s nothing she likes more at the end of a long walk than to shake off her harness and put on her favourite pair of slippers... 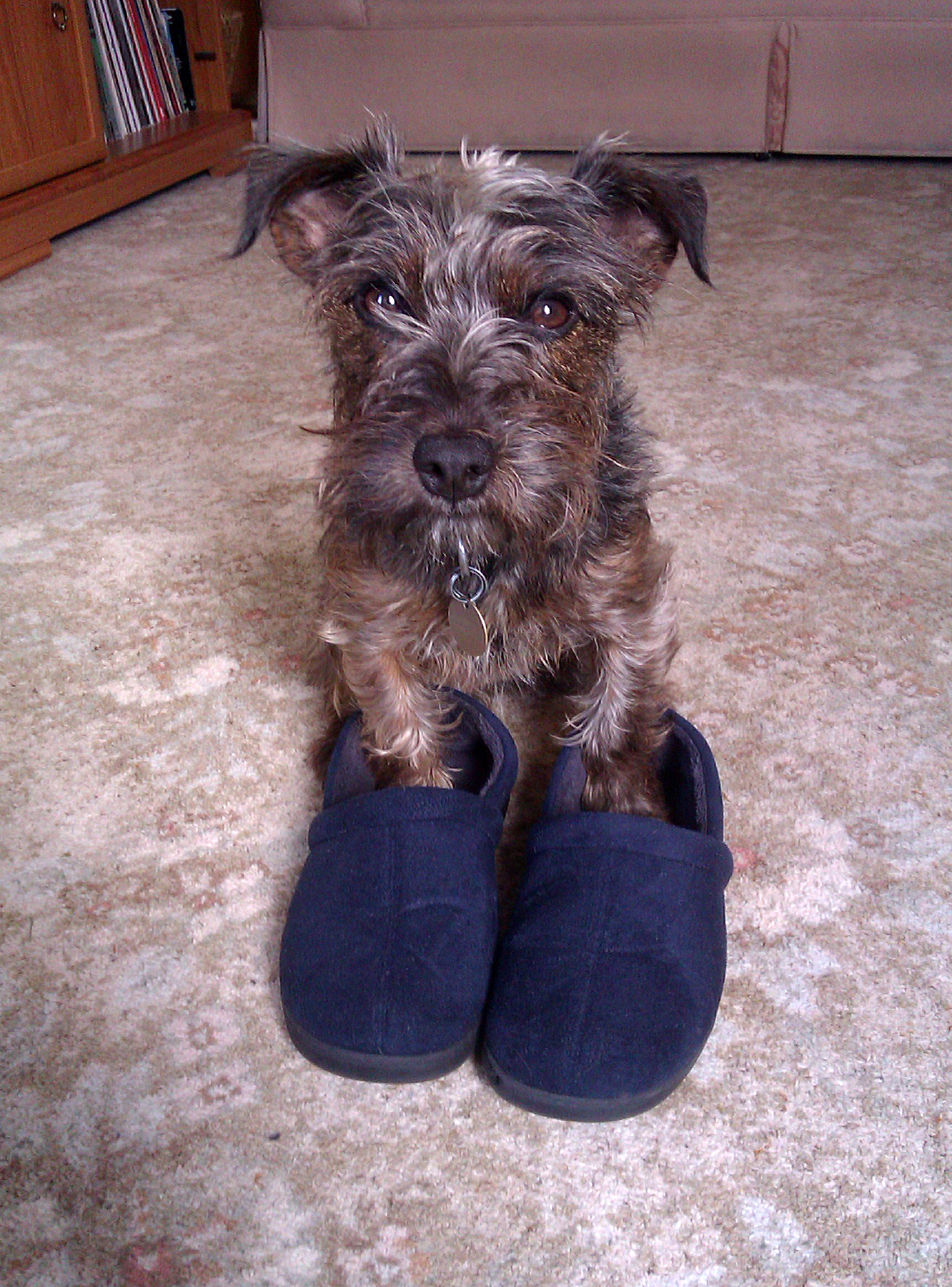