What to do if you encounter cows on your dog walk 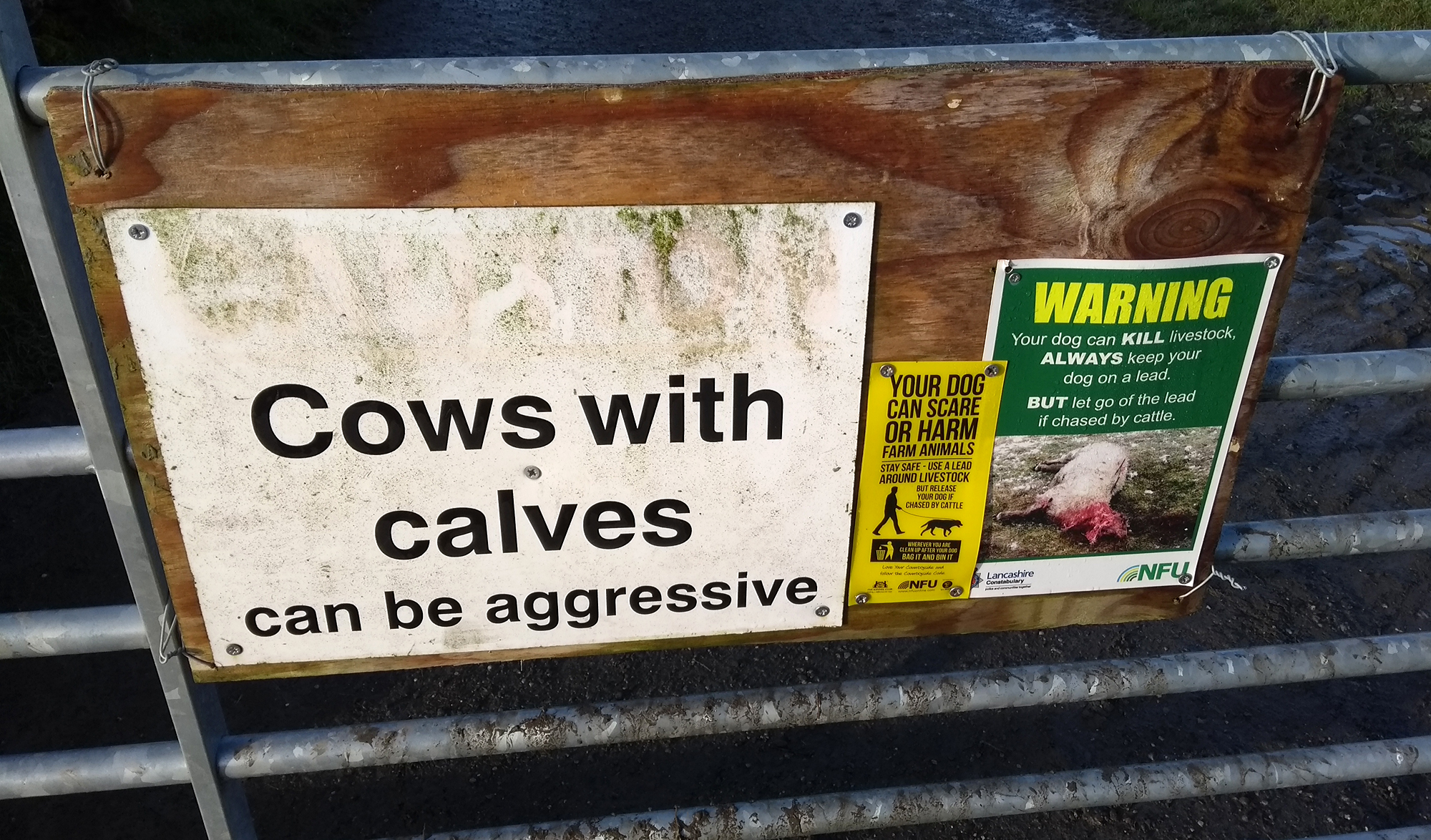 Signs warn of potential dangers ahead

I always think a little fear is a healthy thing; it keeps us on our toes when we’re facing potential dangers. Sudden gusts of the wind when I’m walking on ridges tend to unnerve me as does the sound of thunder in the distance, creeping ever closer. Both act as warning signs. But the one thing almost guaranteed to make me hyperventilate when I’m out with my terrier Jess is the sight of cows with calves at foot.

Actually, if I’m being honest, I’ve never been very good with cattle – not since a couple of bad experiences as a teenager. On one occasion, while backpacking part of the South West Coast Path with a school friend, a herd of inquisitive bullocks came running towards us. Being townies with no experience of farm animals, we didn’t have a clue what to do. The animals probably would’ve stopped long before getting anywhere near us, but we didn’t wait around; we legged it towards the nearest fence, threw our heavy packs over and leapt across, ripping our clothes on the barbed wire. (A feat I probably couldn’t repeat now, 33 years later.) 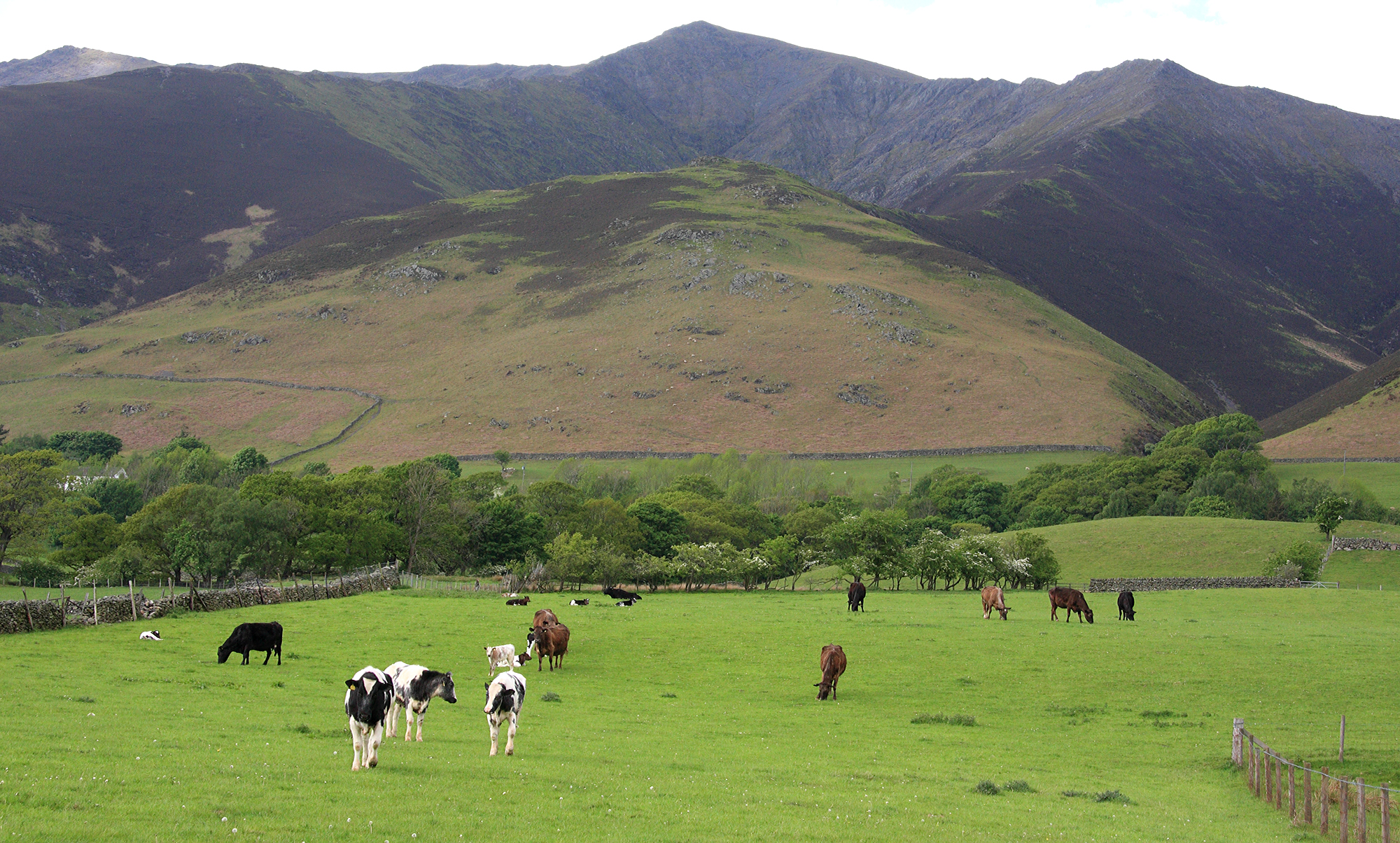 Later on that same trip, we ended up accidentally straying from the path on a pedigree beef farm near Exeter. We came to an abrupt halt in one field when we saw a bull up ahead. At exactly the same moment, the bull saw us. As was becoming our habit, we ran like mad – and quickly exited the field via the nearest gate. But our nightmare wasn’t yet over because, having walked away, we turned around to witness something I’ve never seen since – a bull leaping a gate. It was time to get off that farm as quickly as possible, which we did...

Cattle are not usually aggressive, although young bullocks and heifers can sometimes be a little nosy. There are always exceptions to the rule though, and one of these occurs when cows have their young with them. Not surprisingly, the mother’s natural instinct is to protect her calf. This can throw up problems, particularly if a walker comes between a cow and its young, and those problems become 10-fold as soon as you throw a dog into the mix.

There have been cases of walkers, particularly those with dogs, being attacked and even killed by cattle. They’re rare incidents, but it’s still important to exercise caution around animals that can weigh up to a tonne. 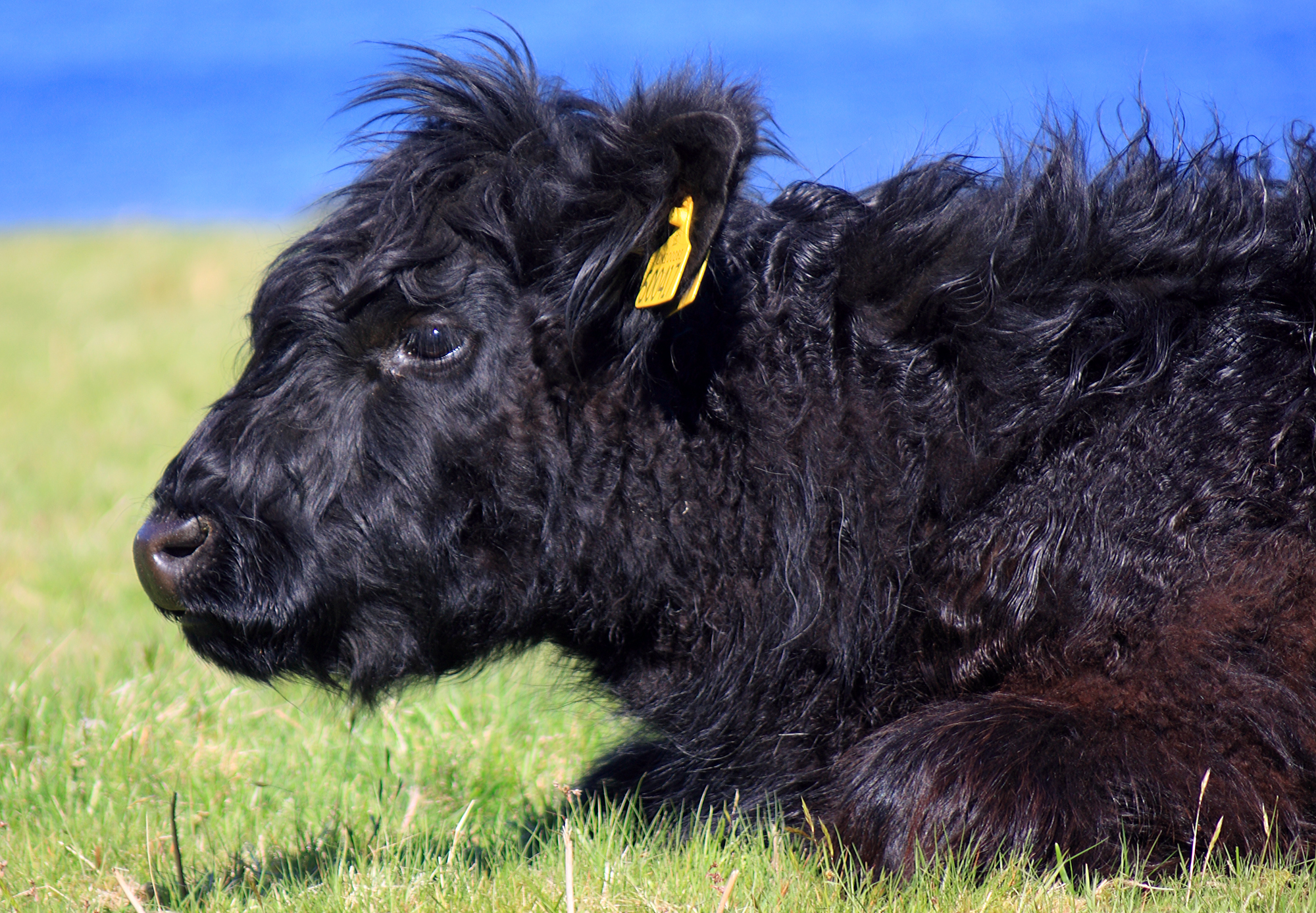 Native breeds, such as this Galloway, tend to be more docile than continental cattle but you should always be cautious

The Ramblers have the following advice for walkers on what to do if they encounter bovines: