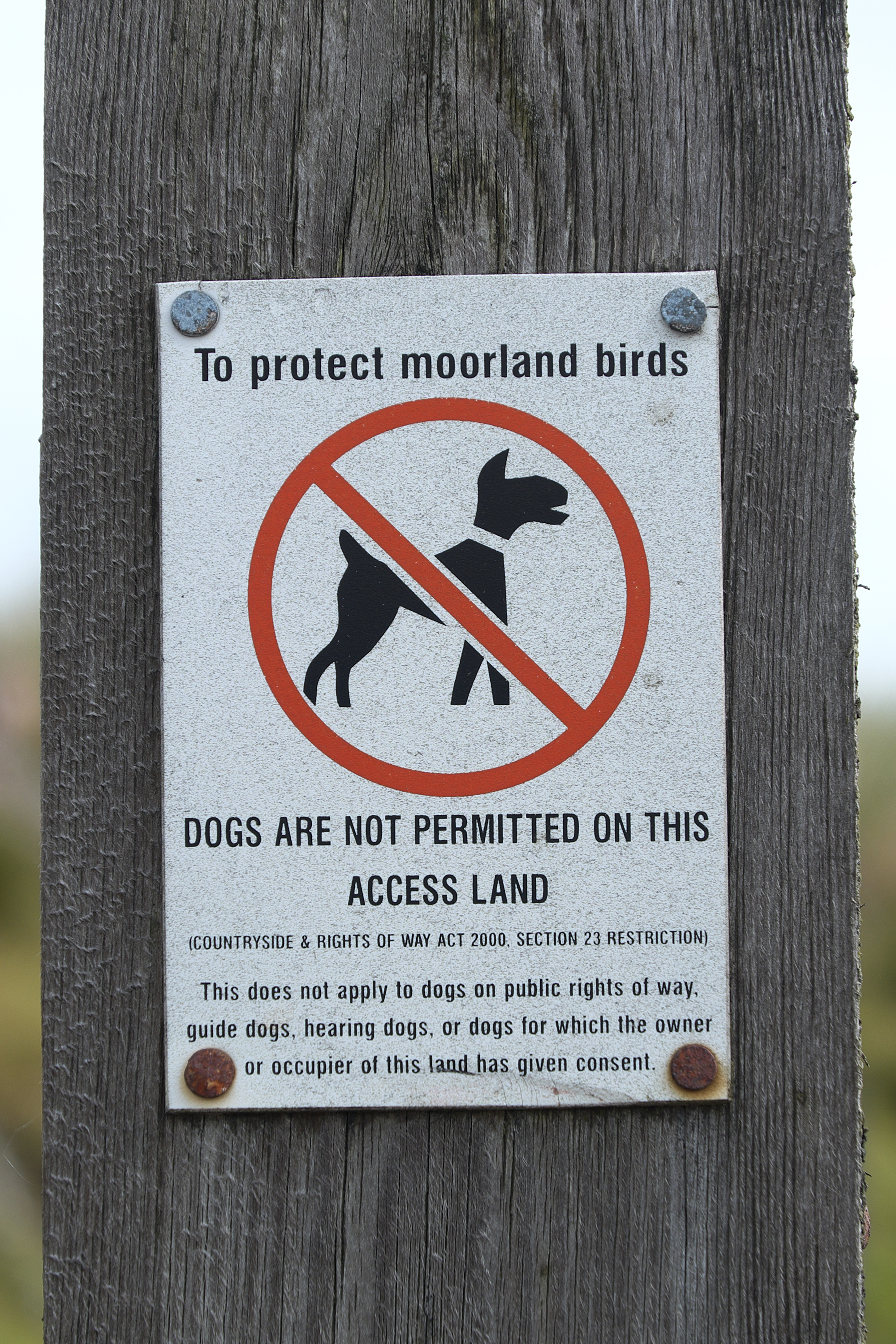 “No dogs!” “Dogs banned!” That heart-sinking moment when you’ve been strolling along happily for the last hour or so and suddenly you’re confronted by a sign telling you that you and your pooch aren’t welcome here. It’s time to turn round and head home. Or is it? Don’t rush off just yet; look at the small print first.

When I first got Jess, I didn’t fully understand the laws regarding dogs and ‘access land’ in England and Wales, but, after being intimidated by several signs telling me ‘dog restrictions’ were in force, I decided it was time to read up on it...

The right to roam explained

First of all, let’s be clear, I’m just talking about England and Wales here – laws about where you can and can’t walk are different in Scotland and Northern Ireland. And I’m only looking at the areas opened up to the public under the Countryside and Rights of Way (CRoW) Act 2000. That’s the legislation which brought in the so-called ‘right to roam’.

So, what is the ‘right to roam’? Basically, it allows us all to wander pretty much where we like over most privately-owned mountains, moors, heath and downs as well as on common land and some areas around the slowly developing England Coast Path. These areas are known as ‘access land’. Most Forestry Commission land is also classed as access land. There are, of course, exceptions – working quarries, railways, golf courses and gardens, for example – and you can’t generally ride a bike, camp or go kayaking in these areas. Landowners are also allowed to ban the public, for any reason, for up to 28 days a year. Other bans can be brought into force, including for safety reasons or if there’s a fire risk to an area. 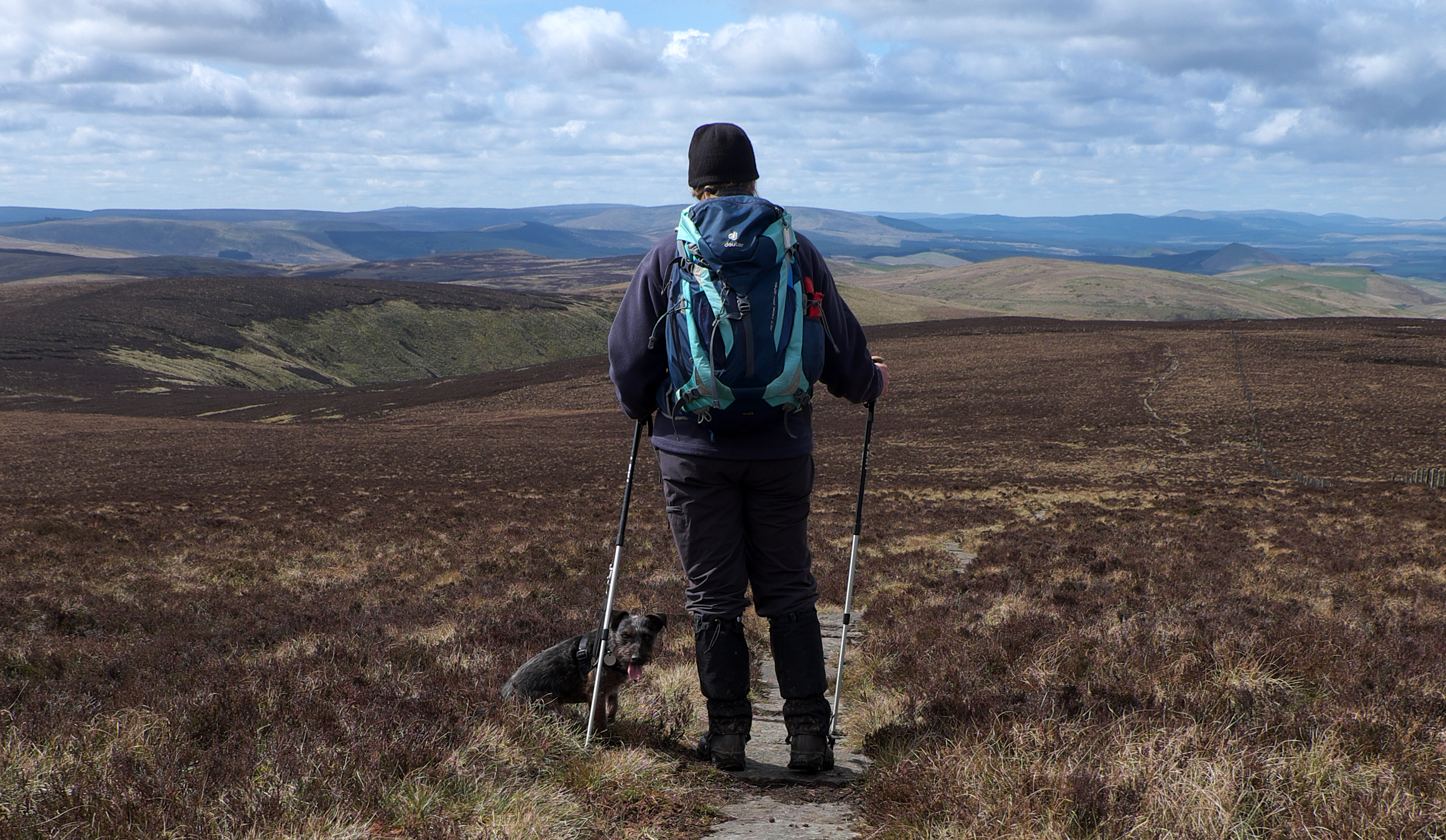 So far, so simple. But what about dogs? Well, there are a few key points that we dog owners need to be aware of when we’re on access land:

And it’s that last point that sometimes causes confusion... So, you’re out for a walk and, on reaching the edge of access land, there’s that sign telling you dogs are banned. If there are no public rights of way ahead, you’ll have to turn back. However, if you’re going to walk on a right of way, you’re fine as long as you and Pooch don’t stray from that public path.

What is a public right of way?

Two obvious questions spring to mind. Firstly, what is a ‘public right of way’? Secondly, how can I identify one? If you’re out in the countryside and not walking on a road, there are four types of rights of way: footpaths, bridleways, byways and restricted byways. (There are some ‘grey’ areas too, but I won’t go into those here.) Generally speaking, the simplest way to identify most rights of way is to use an Ordnance Survey map. The map legend (or key) will explain how each is shown on the map.

It’s important not to assume that every path or track crossing access land is a right of way. It might seem illogical, but you and your dog can legally follow a public footpath that’s just a few inches wide, but you can’t walk along a bulldozed shooters’ track that’s 10ft wide unless it’s a recognised right of way. 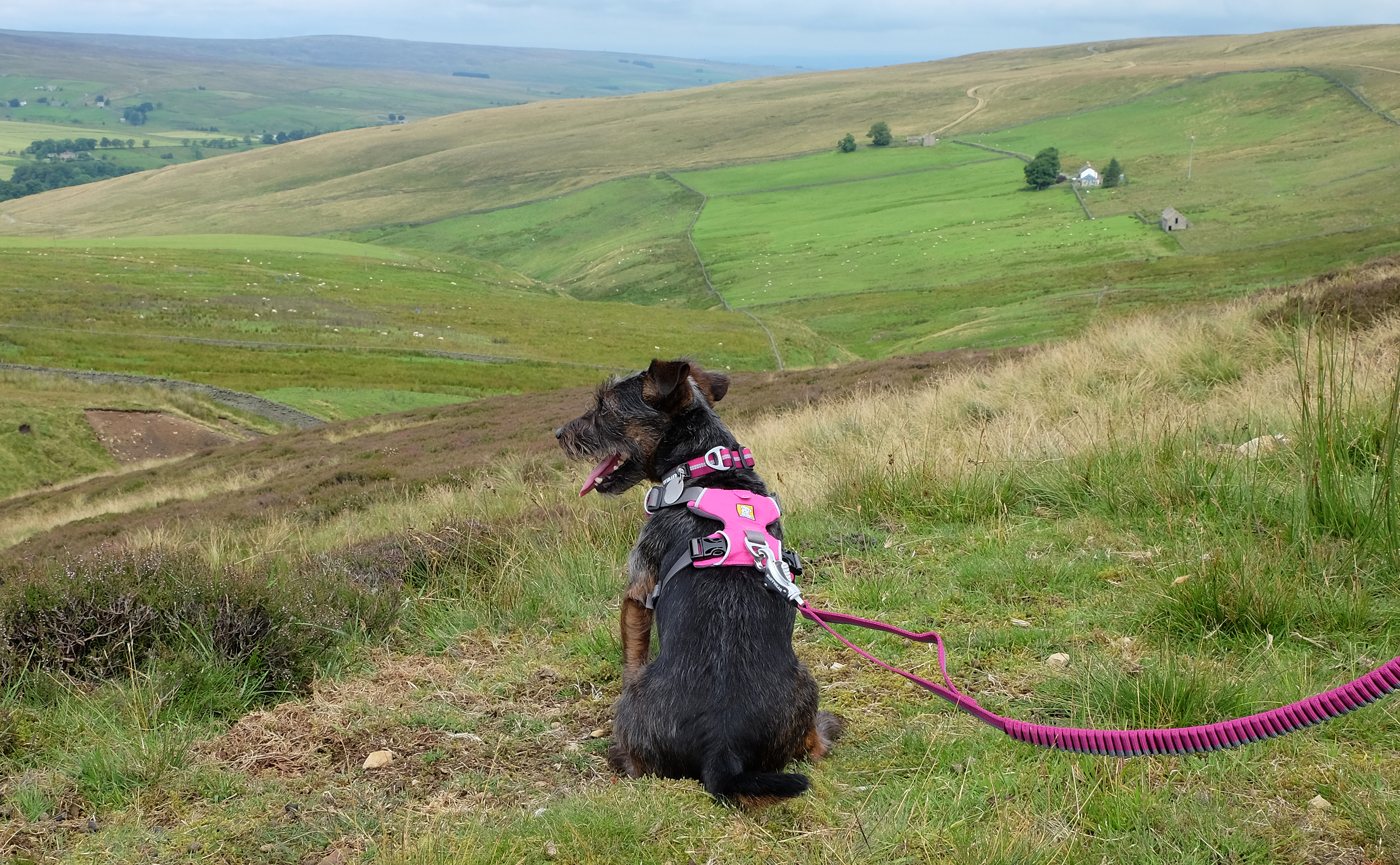 How to find out if there are dog restrictions in place

Landowners sometimes put up signs at access land entry points if there are any restrictions in place. In practice though, this doesn’t always happen. The best advice if you’re planning a walk on access land, particularly grouse moors, is to check Natural England’s ‘CRoW and coastal access maps’ first. These can be found online at www.openaccess.naturalengland.org.uk. Input a place name, a postcode, a grid reference or national grid co-ordinates as well as dates, and the database will present PDFs showing any restrictions in the area.

If you deliberately ignore a restriction, you become a trespasser and, for 72 hours, lose your ‘right to roam’ across this land and any other land under the same ownership.