An email dropped into my inbox recently telling me that ‘staycations’ are going to be the thing this year. The holiday cottage company that sent me this message says it’s seen a 32 per cent increase in bookings compared with this time last year. And it’s the Lake District that’s proving particularly popular, with bookings up by a whopping 67 per cent. (Wales, incidentally, was second, with a 40 per cent rise.)

I’m not surprised the Lakes is among the top choices for Brits deciding to stay in the UK, but then I’m biased – I live near the edge of the national park and constantly wax lyrical about this spectacular landscape in guidebooks and magazine articles. But maybe you’re one of the many thousands of people who have decided to holiday in England’s largest national park who hasn’t ever visited the Lakes before. For a first-time visitor, a glance at a map of this 912 square-mile walkers’ paradise can be rather daunting. Where to rent that cottage? Or pitch that tent? There’s so much choice. You’ll be asking yourself all sorts of questions. Which area’s best for me and Fido? (He’s getting on a bit now and can’t manage big hills any more.) Where should we go to escape the crowds? Well, hopefully, this summary will give you a taste of what each area has to offer in terms of scenery and walking opportunities. 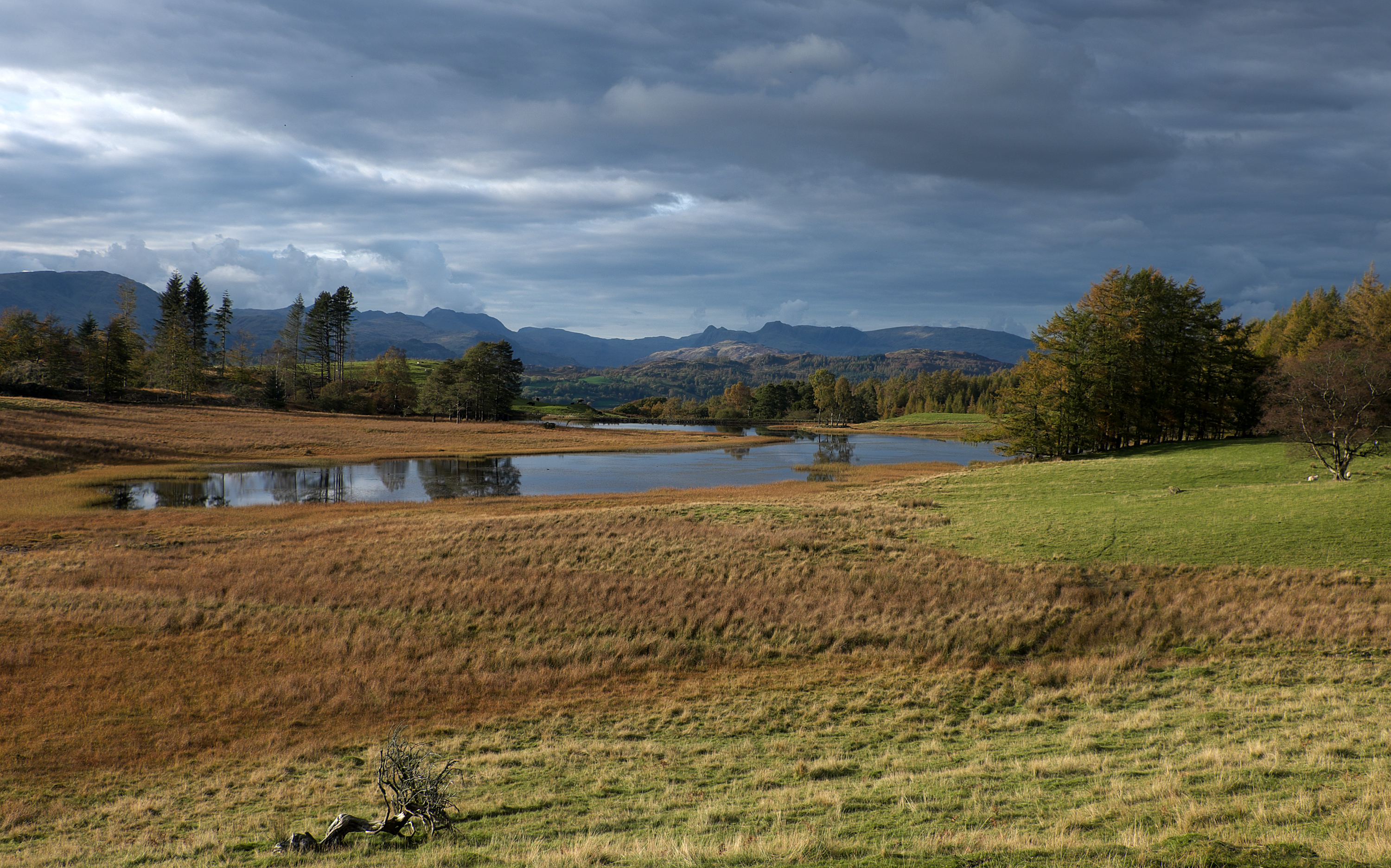 Caption: Wise Een Tarn in the gently rolling countryside to the west of Windermere

The area around England’s largest natural lake makes for a gentle introduction to the Lakes: rolling farmland, sumptuous woods and low, grassy fells, all criss-crossed by miles and miles of footpaths. It’s one of my favourite places to go when it’s too windy for the summits or the fells are smothered by cloud. Base yourself in Bowness, Windermere or Hawkshead if it’s this softer side of the national park you’re after – low-level dog walks all surrounded by magnificent fell scenery.

Crinkle Crags in the rocky heart of Lakeland

With long ridges and high passes cutting it off from the M6 and the main railway line, the western Lakes has a more isolated feel to it. It consists of a series of valleys, or dales, cutting deep into the fells. If it’s solitude you’re after, Ennerdale’s your best bet, but don’t underestimate just how remote it is: there are no roads, no mobile reception and only a couple of buildings. Wasdale’s the one if you’re into peak-bagging, and is the start of the shortest route on to Scafell Pike, England’s highest mountain. Buttermere’s busy but offers a greater variety of walking: lake circuits, low fell tops, high ridges, waterfalls... And then there’s Eskdale. But that’s the national park’s best-kept secret so I can’t say any more...

Ah! Doggy heaven! Thanks to its canine-convivial accommodation providers, shops, pubs and cafés, Keswick has been voted the UK’s dog friendliest town no fewer than three times. That’s great if you’re sleeping, eating or shopping, but what about if you want to go walking? Well, then you’ve come to the right place. Derwentwater, Borrowdale and the Whinlatter forests provide endless opportunities for spectacular low-level routes, while fells such as Skiddaw, Blencathra and Grisedale Pike can be easily reached from the town.

From the gently rolling hills and farmland around Pooley Bridge to Glenridding at the foot of mighty Helvellyn, this sinuous lake stretches for more than seven glorious miles. It’s probably my favourite part of the Lakes, but it’s not just me who’s captivated it; my terrier Jess gets very excited about starting a shore walk with a ride on the Ullswater Steamer. There are low-level walks galore; and then there are the biggies, such as Striding Edge, Helvellyn’s knife-edge ridge. (You’ll need to give careful thought as to whether or not your dog would be safe on the latter though.) 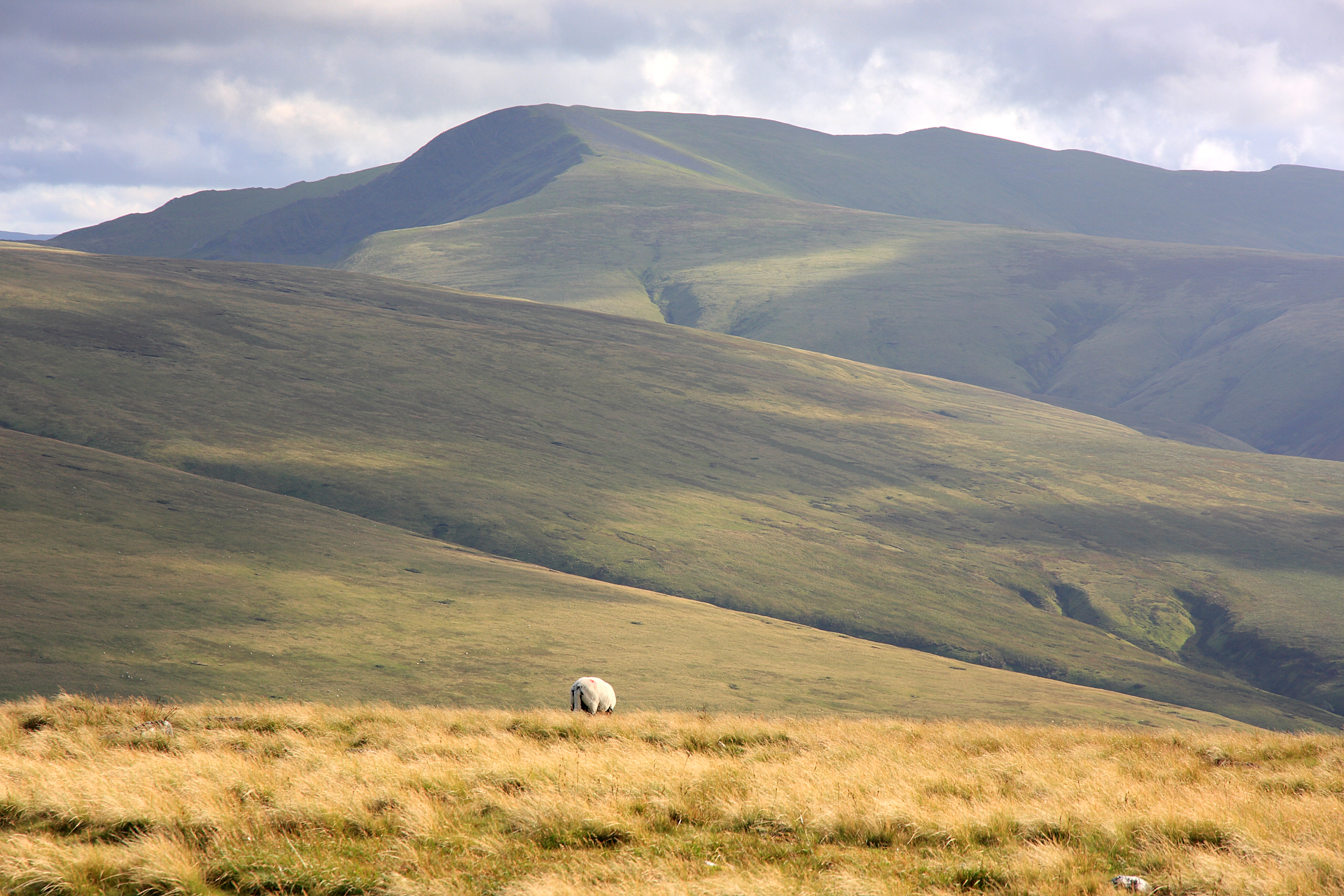 The quietest areas tend to be around the edges of the national park... The Northern Fells consists of a discrete group of rolling hills accessed from the fellside villages of Caldbeck, Hesket Newmarket, Mungrisdale and Bassenthwaite. Mostly grassy with relatively gentle slopes, they provide some of the easiest hill-walking in the Lakes. All along the eastern edge too, there are rounded hills. Here, a wonderful sense of remoteness more than makes up for the difficulties of the sometimes tussocky, often boggy terrain. Finally, close to Kendal, there are a few lumps and bumps of limestone, a rock type that lends itself to some unusual landscape features and is home to rare plants and butterflies.